The Style Arc Olivia dress.
Love this dress, it's perfect to wear with a cardigan and boots.
As always I glanced at the instructions and did it my way. The only alteration I made was to shorten it by about 3 1/2". Next time I might remove the elastic and make a belt that ties so it is more like Butterick 5211. I used rayon from Spotlight which is perfect for this pattern. I'm glad I have more stashed away to make another one. 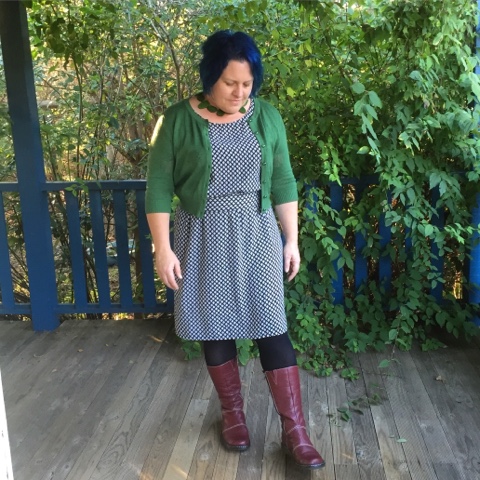 After the success of yesterdays McCall's 7120 apron dress I immediately drafted a tunic pattern to fit fabric 110cm wide so I could use this beautiful piece of Japanese cotton from Tessuti. 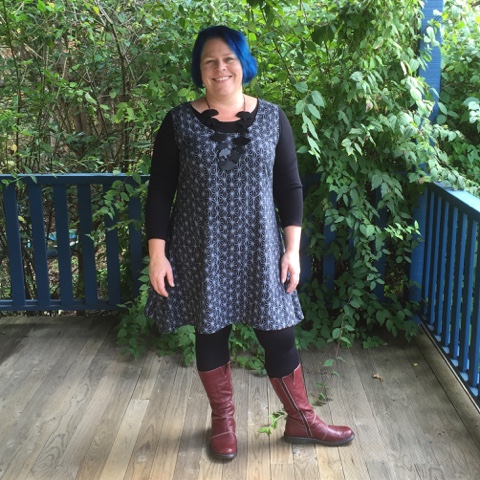 The original pattern piece was a slightly different shape, but the great thing about a pattern this shape is that you can sew the shoulder and side seams, try it on and adjust it until it is just right.
Once again the curve out starts right under the bust dart. The bottom side parts are not joined, but are hemmed and then the bottom is hemmed. I used a packet of bias binding for the neck and arms. This was very quick and easy to sew. I probably have enough tunics like this in my wardrobe, but I'm keeping the pattern in my 'to sew' pile in case I suddenly need another one. 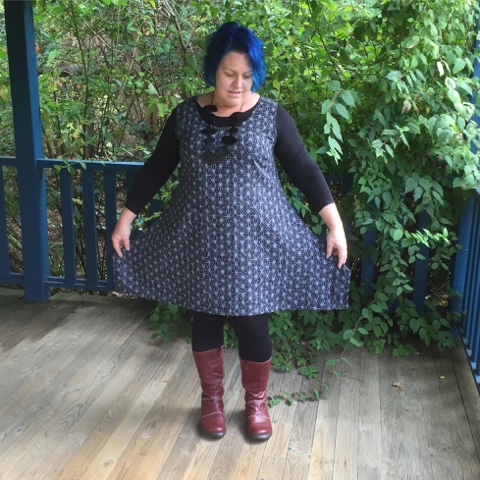 As soon as the weather starts to call down all I want to wear are leggings and tunics. They are so comfortable to wear around the house and decent enough to wear out of it. I've eyed off apron dresses for a while and there are some lovely ones in Japanese sewing books, but unfortunately those patterns  are just not going to fit me so the other day I decided to make one using a basic dress pattern. 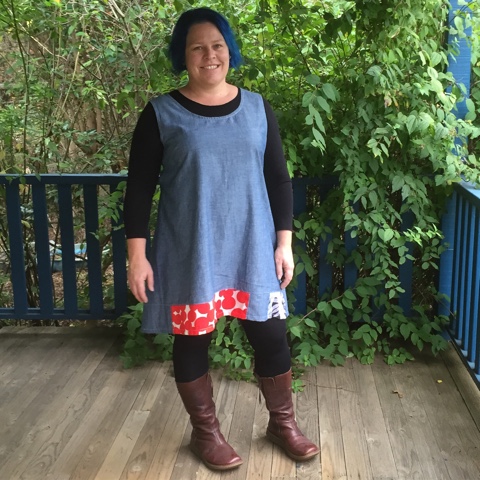 I went with McCalls 7120 as it had a neckline I liked and a dart for some shape. 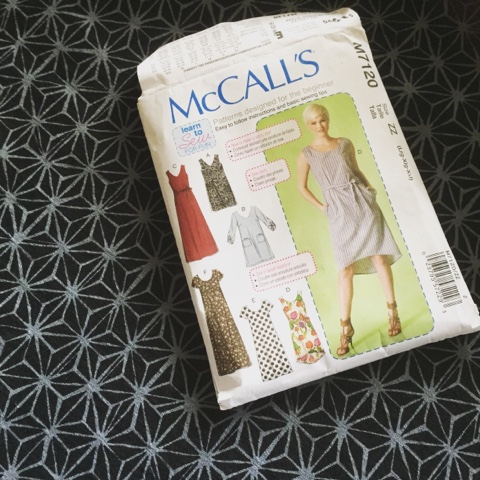 I made a muslin of the original pattern first and tried it on. I used a sharpie to draw where I thought it should curve out, which was right under the dart on the front. I then laid it out on some cheap non fusible interfacing and drew a curve out. You can see the shape I drew below.
I then redrew the back piece using the front as a guide. I wanted to make the 'wings' long enough so I made them quite long and cut them back to where I wanted it after I tried it on. I hemmed the wings before I hemmed the bottom and I made bias binding for the neck and armholes.
I was originally going to use some beautiful Japanese cotton from Tessuti but it is only 115cm wide and I just couldn't make it work so I used some light denim that was 150cm wide and made a band at the bottom using a few scraps. 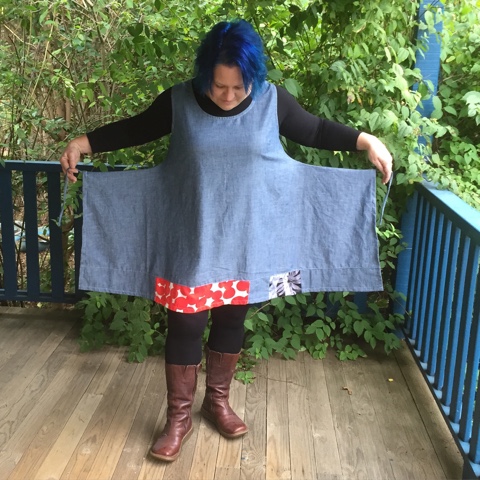 I made some ties and added them at the centre of the side hems so it can tie at the front or back. 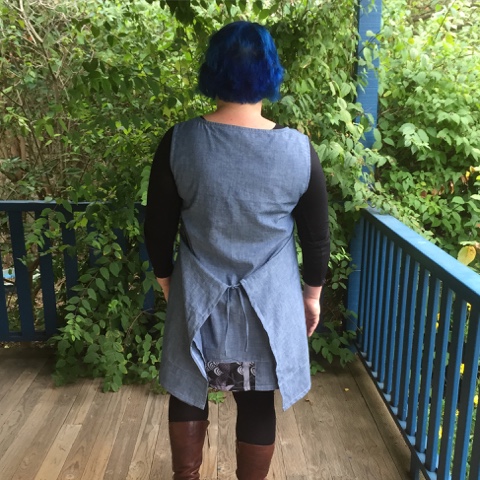 It's not often an idea in my head translates to real life so I am excited that this worked. It is the exact shape I wanted. McCalls 7120 is one of those great patterns that you can use as a base for altering into different shapes. I can see myself using it for a few more dresses and tunics.
Posted by Kate at 6:07 PM 1 comment: