Milly has been asking for a pair of denim overalls for a while, but we hadn't found the right pattern. While we were in Spotlight a few weeks ago, and patterns were on sale, she went searching and found Burda 9464. We also bought some dark stretch denim, overall buckles and buttons.﻿ 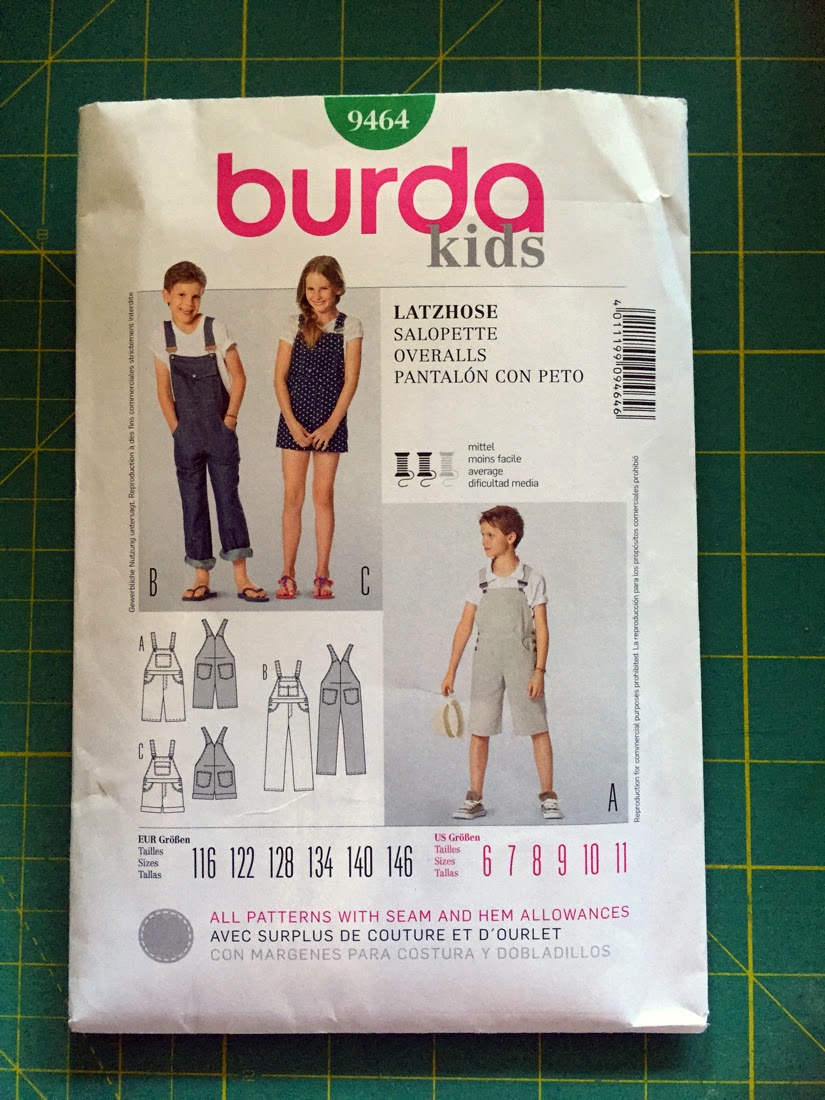 ﻿
I was a little apprehensive about making them, I knew Milly had a vision in her head of what she wanted.and I wasn't sure I had the same one. So I crossed my fingers and started cutting yesterday afternoon. I cut a size 10 in view B. The only alterations I made were to use the pocket on the bib from view A and to alter the width of the straps at the front. I really wanted to see what they would look like so I kept sewing last night until they were finished.
She put them on this morning and hasn't taken them off and has asked for some short ones for summer so I consider that a win. 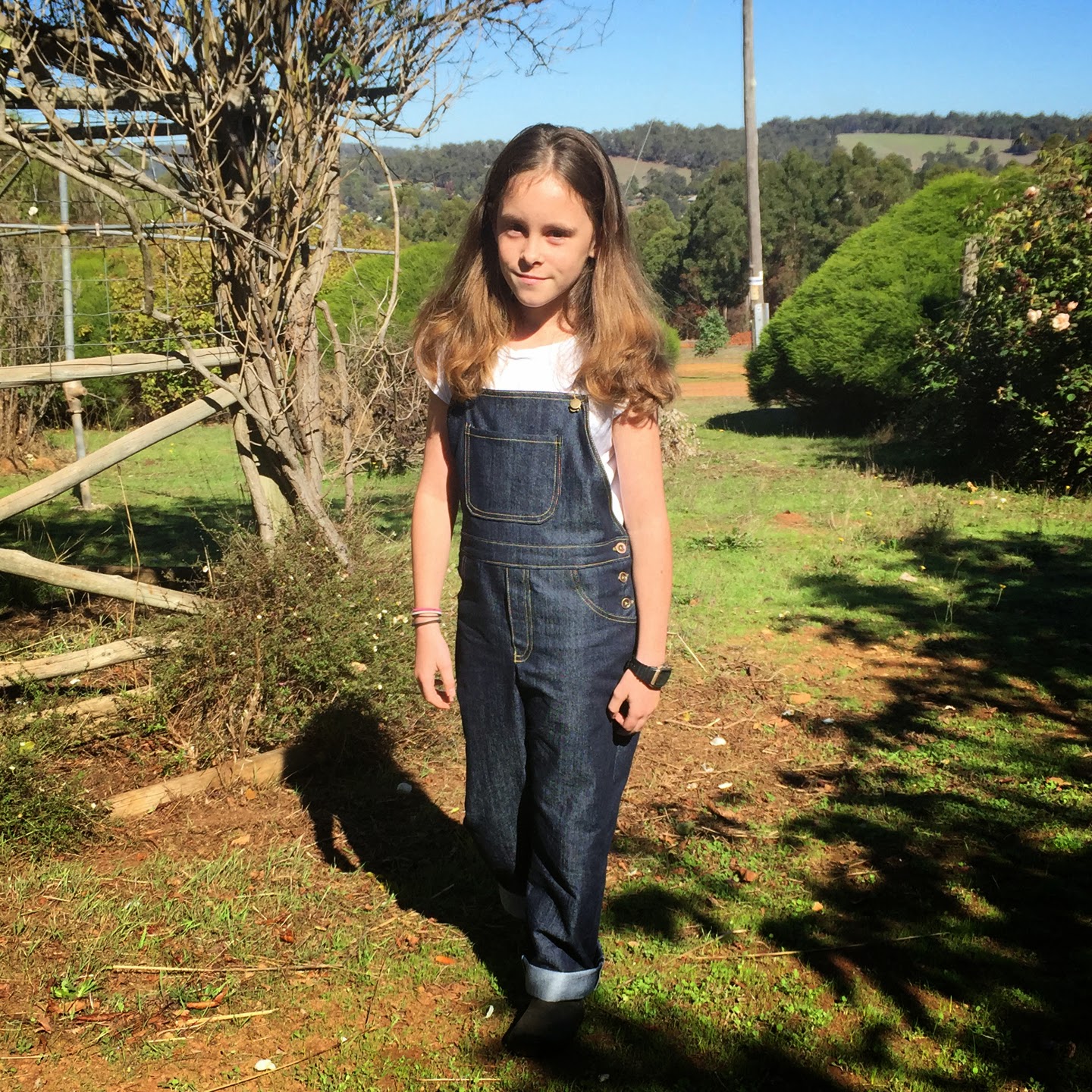 My machine is not a big fan of top stitching thread So I used normal thread and the triple stitch for all the top stitching. It did take a bit more time, but the result is well worth it. 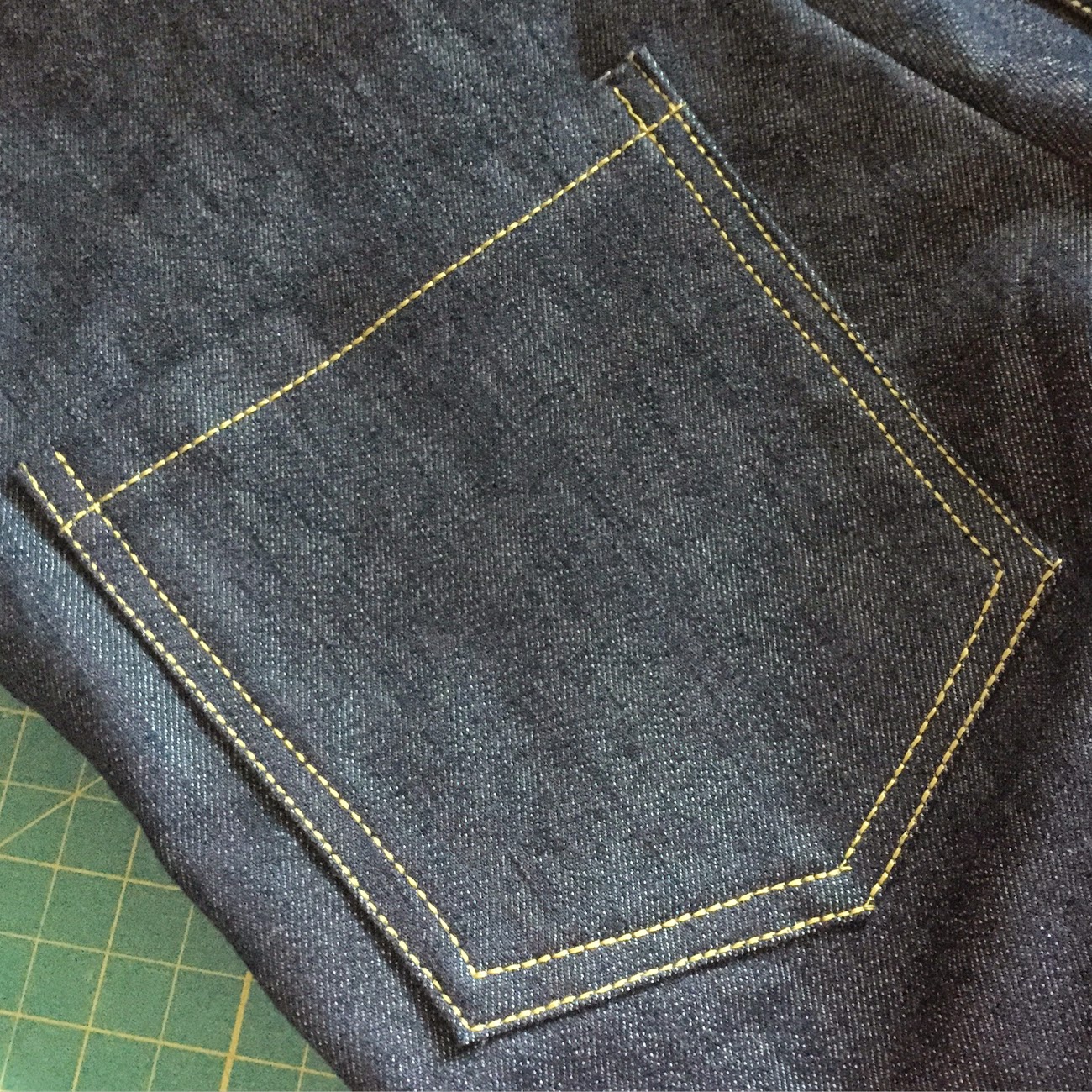 My first time using overall buckles and jeans buttons. I used the Birch ones I found at Spotlight and they worked really well. I did have to narrow the straps quite a lot to fit the buckles. 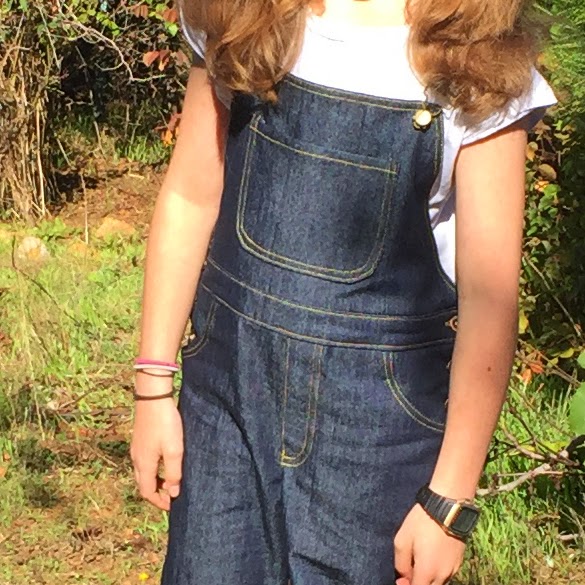 I couldn't find any jeans buttons that didn't come with buckles so I used normal buttons for the sides. 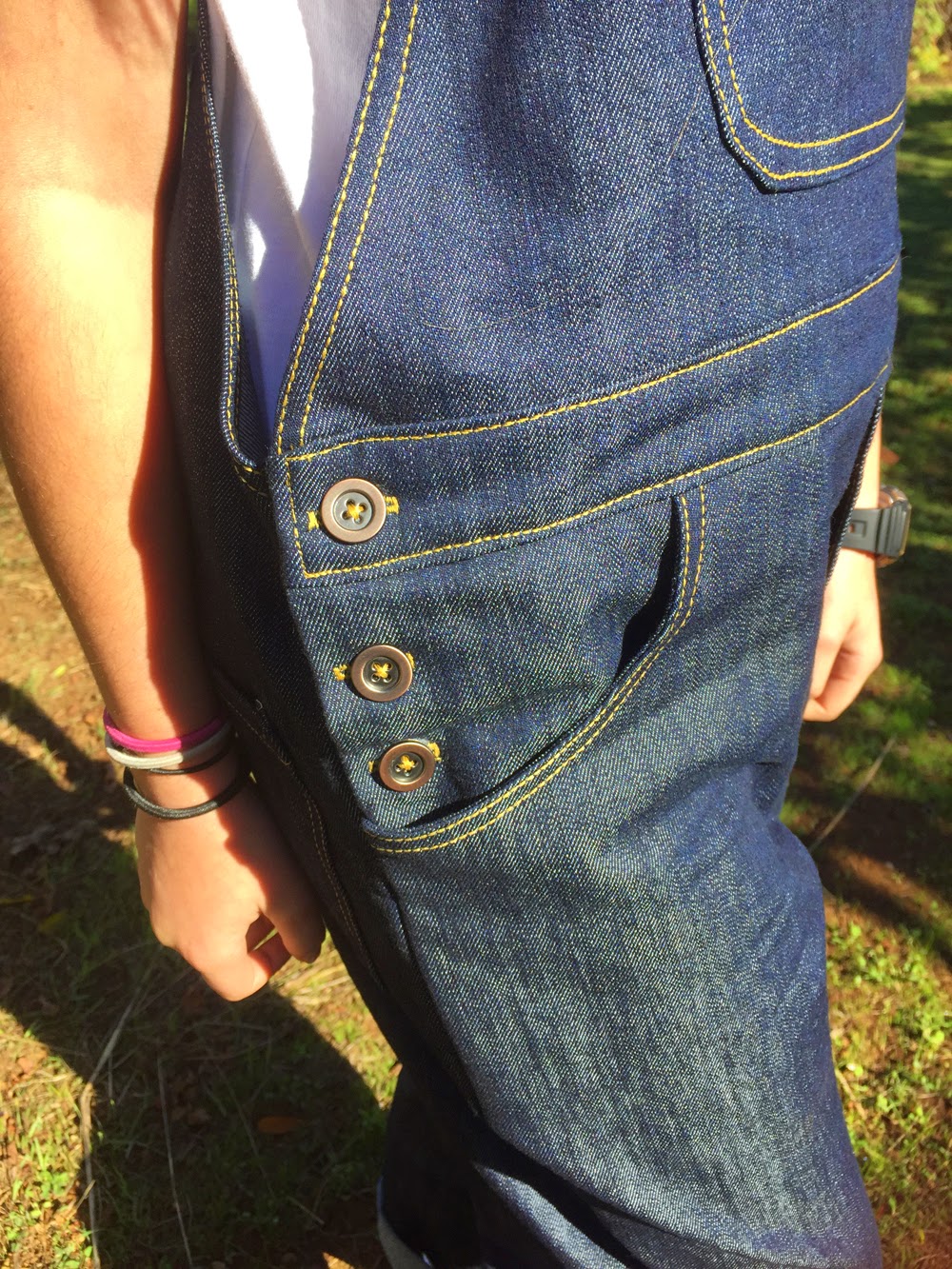 Despite being a little bit worried that Milly would not like them I really enjoyed making this pattern, the pieces went together perfectly, the instructions made sense and the finished overalls look just like the pattern cover. 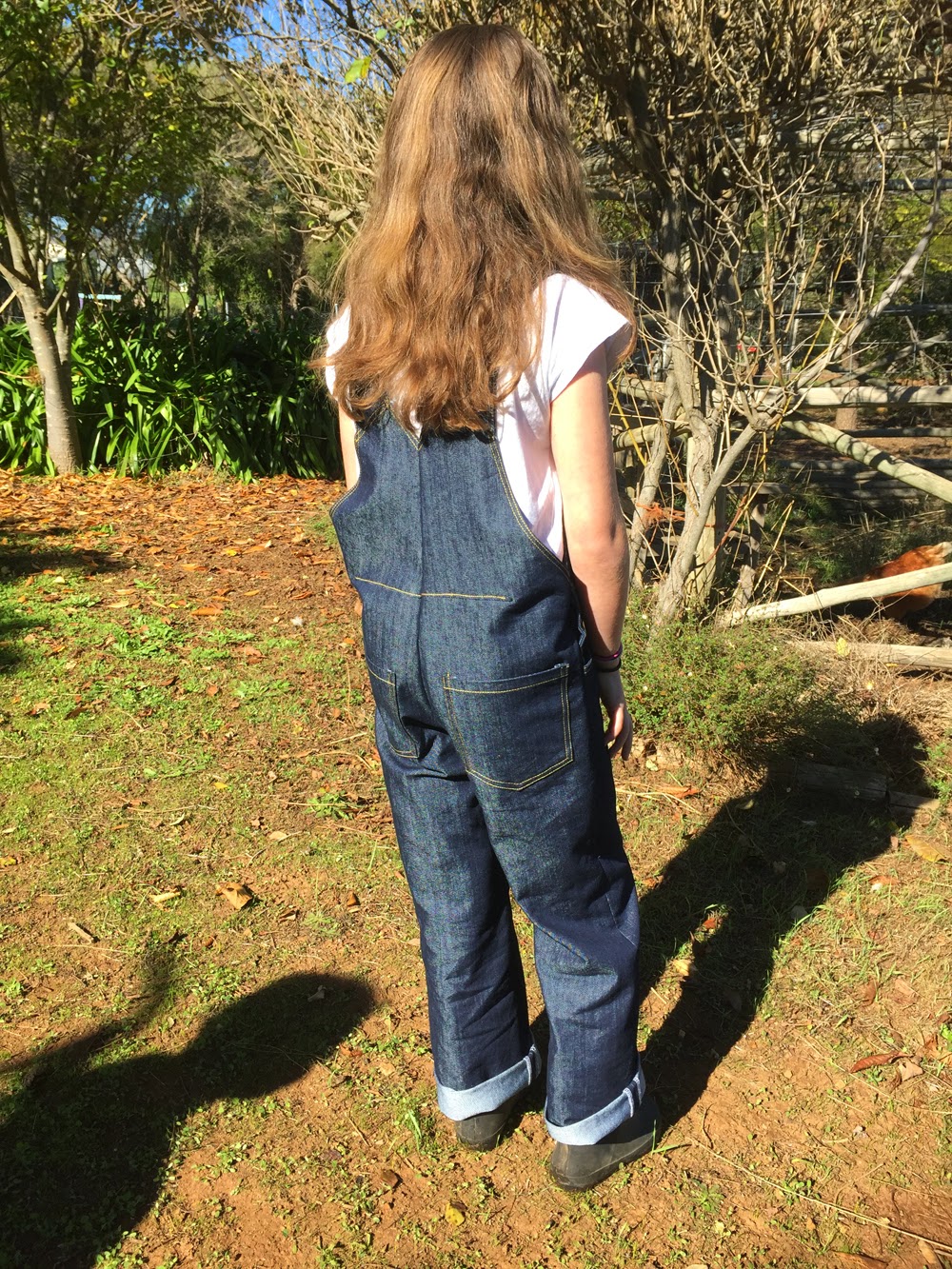 For all of you who hate hemming denim and sewing over the seams I recently discovered the jean-a-ma-jig. This is a brilliant piece of plastic which makes sewing over thick seams so much easier and neater. I don't think I will fear hemming denim ever again.﻿ 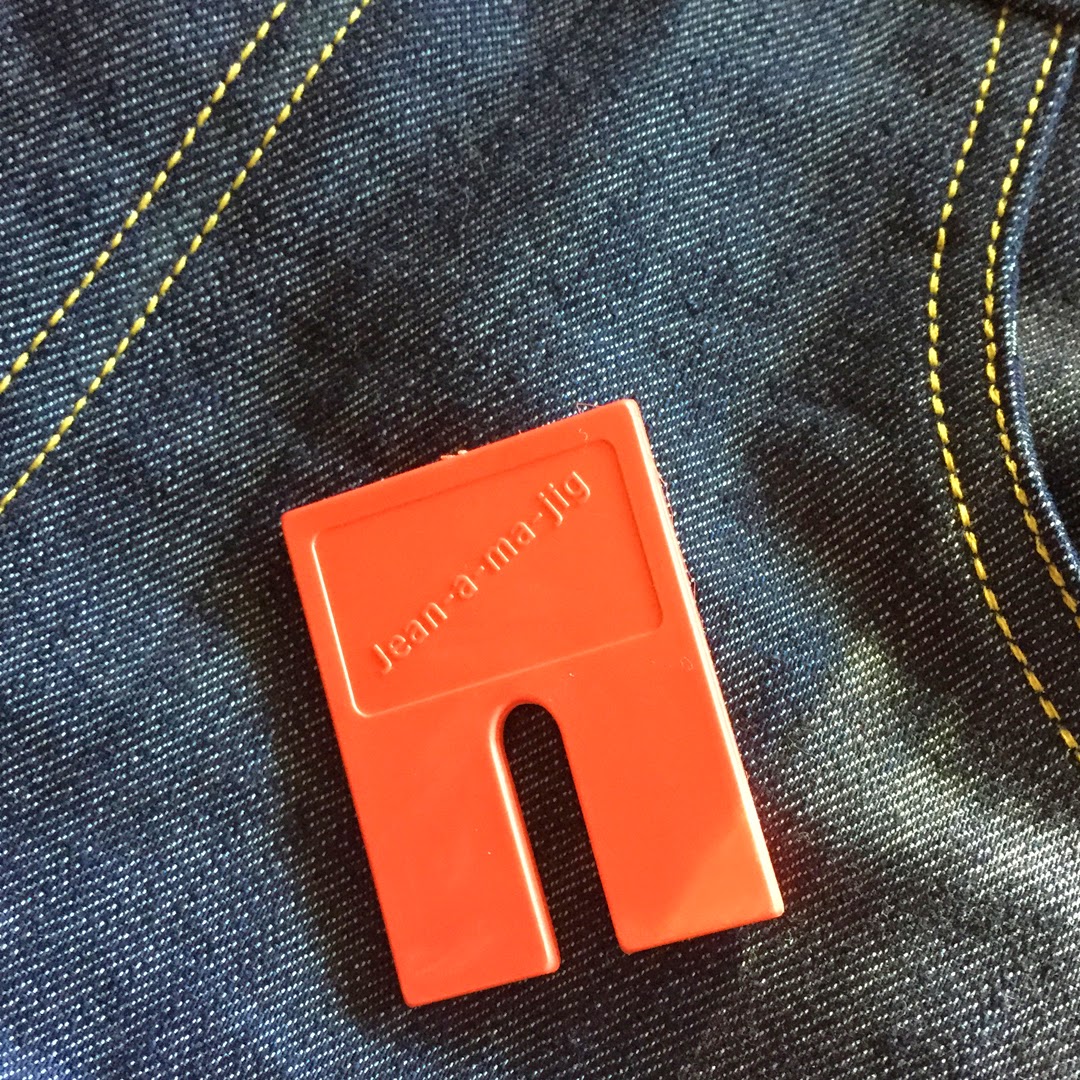 Wow Kate -- your topstitching is BEAUTIFUL! I've never used the triple stitch and didn't really know what it is for -- thanks for sharing!

I'm not surprised that she loves them. They are simply amazing.

Beautiful dungarees! I am in the process of making these for my daughter and doing the same with the pocket!!☺

Enjoy, it was such a rewarding pattern to sew!